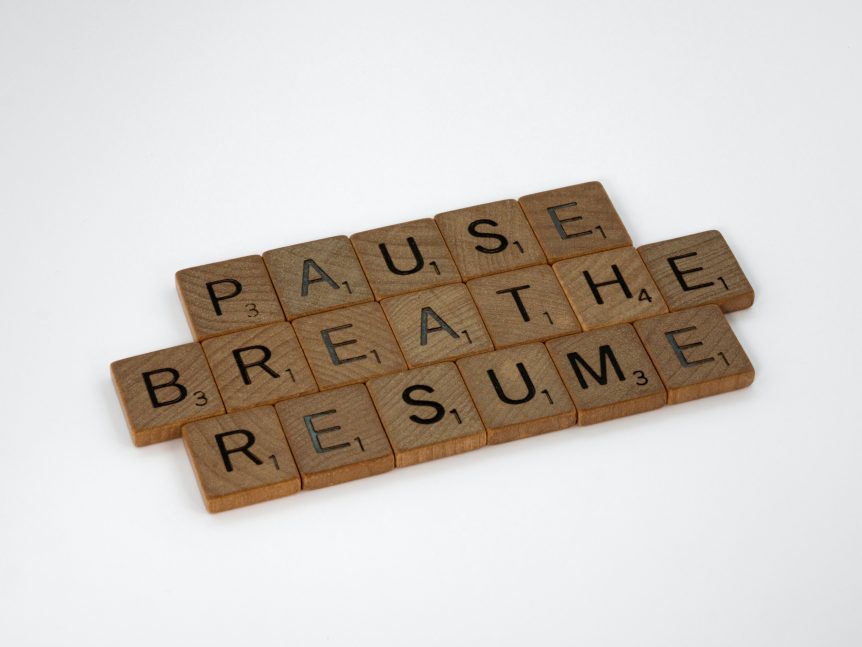 In the movie, The Big Short, Ryan Gosling’s character, Jared Vennett is standing at a table in front of 3 colleagues. Piece by piece, he slowly builds a Jenga wooden structure. At its highest point, he swings his hand, knocks it over and the wooden pieces scatter across the table.

“What is that?” asks one of the men sitting at the table. Jared Vennett pauses, stares at the man asking, looks at the other men in the room, looks at the blocks splayed out and says, “That’s the housing market.”

In the time he makes eye contact with his colleagues, glances back to the fallen Jenga tower, and answers their question, tension builds, attention sharpens and Jared Vennett commands the room.

Unfortunately, most speakers avoid it. Instead they utter, “um or uh” – an annoying sound that reveals nervousness and lack of preparation.

Next time you speak – commit to pausing. There’s benefit to this dynamic tool. Pausing:

Hit the pause button in your next presentation or while leading a meeting. Who knows? You may emulate Ryan Gosling’s delivery and make it big!